All students who live within the home zone described below, and as shown on the attached map, shall be entitled to enrol at the school. 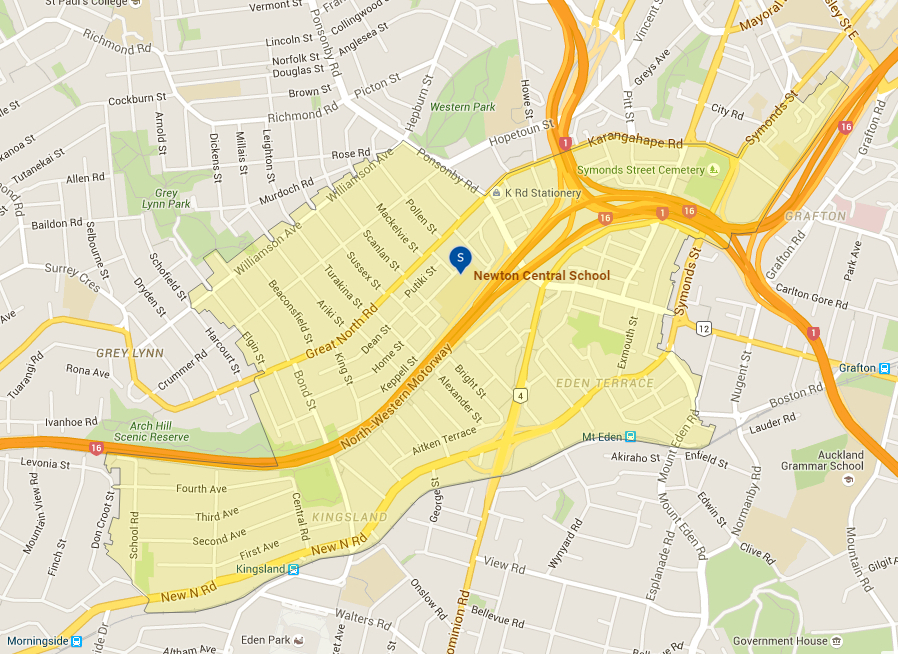 Travel south along Symonds Street (82-116, even numbers only included), west along Alex Evans Street and south along St Benedict Street.

Travel south along Symonds Street (109-250 excluded) and south east along Mt Eden Road (26, 97 and below included) to the railway line.

Travel north and west along New North Road (587, 570 and below included) to Western Springs Road (excluded) and encompassing all of First, Second, Third and Fourth Avenues.

Travel north on School Road to the motorway east to and north along Commercial Road.

Travel east long Great North Road (335, 370 and below included), north along Elgin Street and west along Williamson Avenue back to the starting point.

Proof of residence within the Home Zone will be required.

This must be in the form of a current rates bill, electricity bill or tenancy agreement.

If you are in zone and wish to request an enrolment pack, please complete the online enrolment form here. (Online Enrolments are still being reviewed. We apologise for any inconvenience)

We ask that you complete the enrolment form at your earliest convenience, allowing us to ensure we have space and staff available to accommodate your child’s learning needs.